A large estate grew up around the year 1000 AD. The village of Pfyn was severely damaged in a nearby battle in 1799. The noble von Werra family of Valais became the owner of the Pfyn holdings in the 19th century.

The houses of what is today the Landgut Pfyn recall the vanished village of Pfin. According to a census from the year 1798, this once sizeable settlement consisted of 18 houses, 19 grain storage silos and 15 barns. In an older document, the Holy Cross Chapel is also mentioned., It is possible to see that the settlement was made up of the village and a neighbouring hamlet on a map of the region drawn in 1802.

The village of Pfin borders an important trade route linking the markets in the north via the Simplon Pass to Milan. This route, stretching along the left bank of the Rhône River, has been in existence since at least the end of the 12th century. It was quicker but not as safe as the route via the opposite side of the valley, which passed through Salgesch, Varen and Leuk.

The village of Pfin gained recognition through the Battle of Pfyn Forest Schlacht im Pfynwald. In May 1799, French troops defeated the Upper Valais counterforce here. The Pfyn Memorial is a reminder of this battle even today.

During the confusion, the village was certainly damaged heavily. On a map from 1813, it appears smaller than ten years earlier and the neighbouring hamlet has disappeared. The village was not abandoned though. In 1905 it still had 10 houses and 70 inhabitants. The founding of “Landgut Pfyn” gave the region a boost, and the modern agricultural enterprise of today reflects this.

An estate around the year 1000

The remains of an old building (3) belonging to an older estate were discovered near the hamlet. It was the stone supports of a barn. This storage building constructed on stilts was used for storing and threshing grain. The commercial building also had extensive fields dating from somewhere between the 9th and 12th centuries. The traces of barn and acreage point to the existence of a spacious estate that required a decentralised infrastructure for harvesting. This traditional form of field cultivation prevailed in our area until recent times. The barns scattered around the countryside are still distinctive in the Upper Valais today.

The animal stall of the Pfyn hamlet around 1500

The floor paving reconstructed here at Landgut Pfyn once belonged to a small animal barn located on a gentle slope. Entering through the lower side doors (a), you came into a paved space for keeping heavy livestock. Traces of a charcoaled board and the level laying of the stones allow us to reconstruct the feeding trough (b) on the wall opposite. Strong posts rammed deep into the ground supported in on the sides. The open sluice in the centre was used to dispose of the manure. The gutter was made of a flooring board and two beams on the side which were wedged by a stone on either side. Above the animal stall was another storey made of wood where the hay was kept. The roof was covered with flagstones. Remnants of this construction were found in the debris when the building burned.

Towards the end of the Middle Ages the fields were replaced by irrigated meadows. At the same time, a small hamlet developed probably about 150m to the north-east of the old village of Pfin. The disappearance of the Pfyngut hamlet is possibly linked to the Battle of Pfyn Forest in 1799. The map from 1802 still shows these houses, but they are no longer found on the map of 1813.

An analysis of small finds was limited to objects clearly dated through stratification (M.-A. Haldimann and A. Antonini). The main findings included ceramic crockery, glass shards, belt buckles, a spindle whorl, as well as metal devices and parts. Most objects were located in the debris of the most recent building in the hamlet. They indicate how the buildings were used during the 17th and 18th centuries. Examination of animal bones (Cl. Olive) concentrated on two complexes: one originates from the filling in of the storage barn (state r), the second from a levelling process which is linked to the final redevelopment of the building (beginning of state IV).

The meadow name ‘Pfin’ is already found on maps from the 16th century. Initially it was used to designate the forest and only later also as a place name (A. Antonini). The French engineer Ceard compiled the first detailed map of the area in 1802. Some owners of the buildings are known and mentioned in various censuses. The oldest census registers the Leuk priest Johann Inderkummen during the winter months of 1703-1704 in the libri status animarum (parish book).

In 1806, the  Valais noble family von Werra from Leuk purchased the so-called Pfyn domains, which remained in their possession until the beginning of the 20th century. They included forest, cultivated land and meadows between Illgraben und the Rhône, the two hamlets Pfyn and Millieren, located in the region of the Leuk (ca. 1500ha). In 1903, Pfyn village consisted of 10 residential structures with 70 inhabitants and had its own school until 1910. In 1913 the Pfyn domains were purchased at auction by George Arnold Guye on behalf of three creditor banks in French-speaking Switzerland within the framework of contentious bankruptcy proceedings against the von Werra family 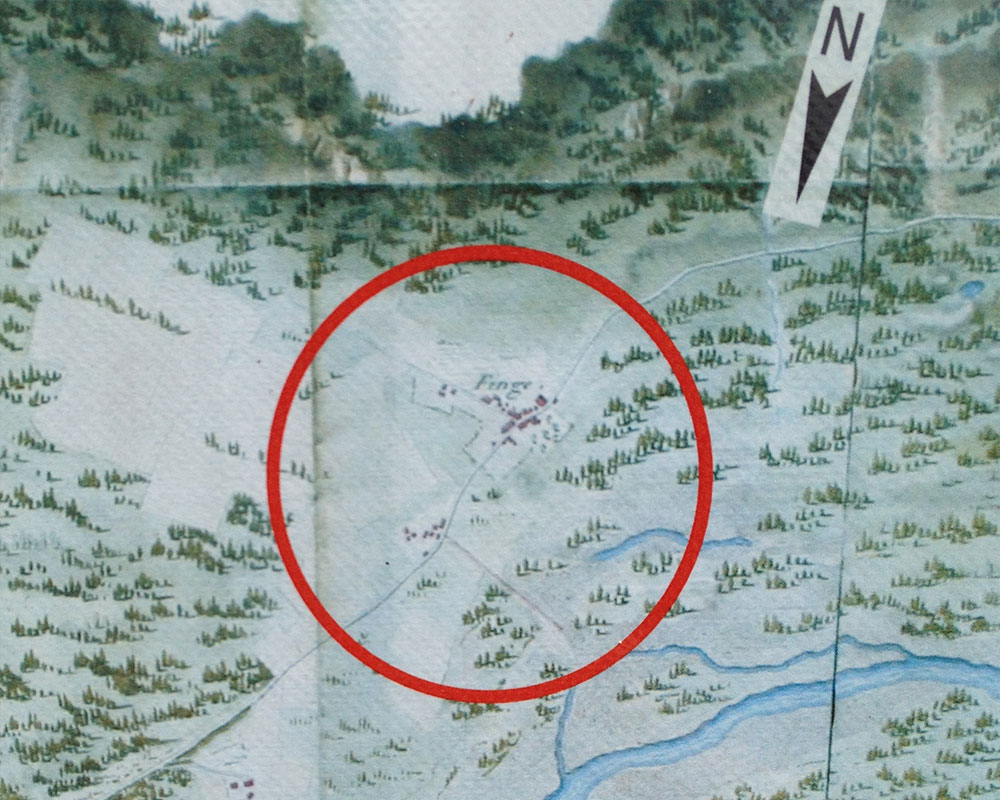 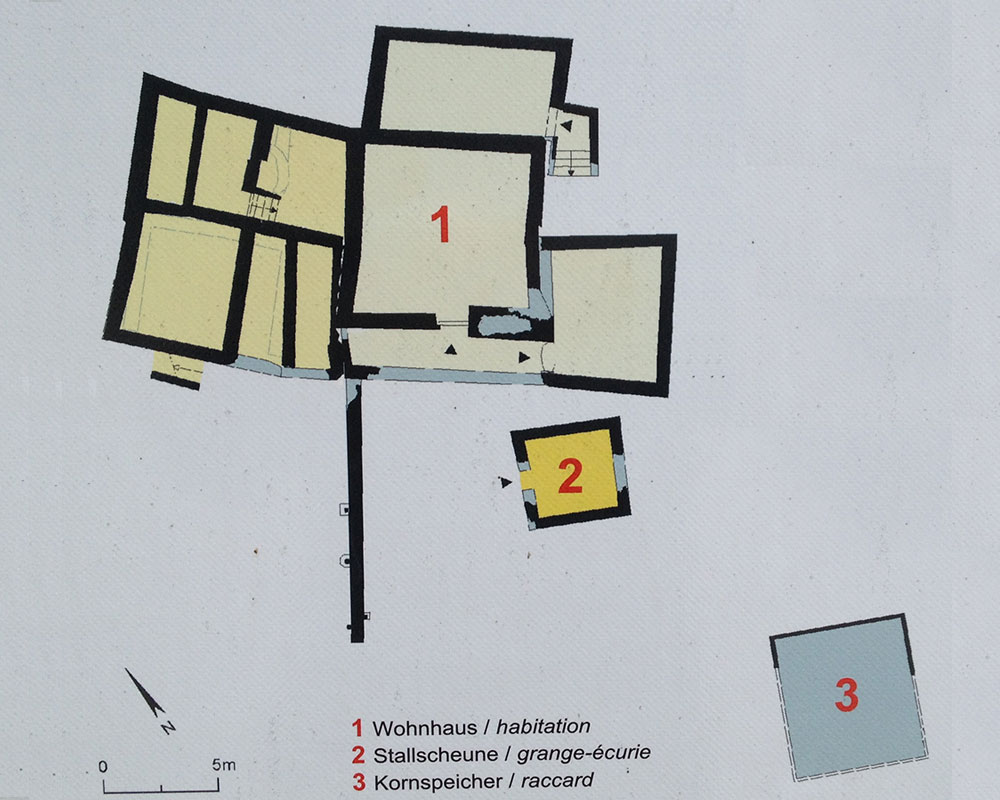 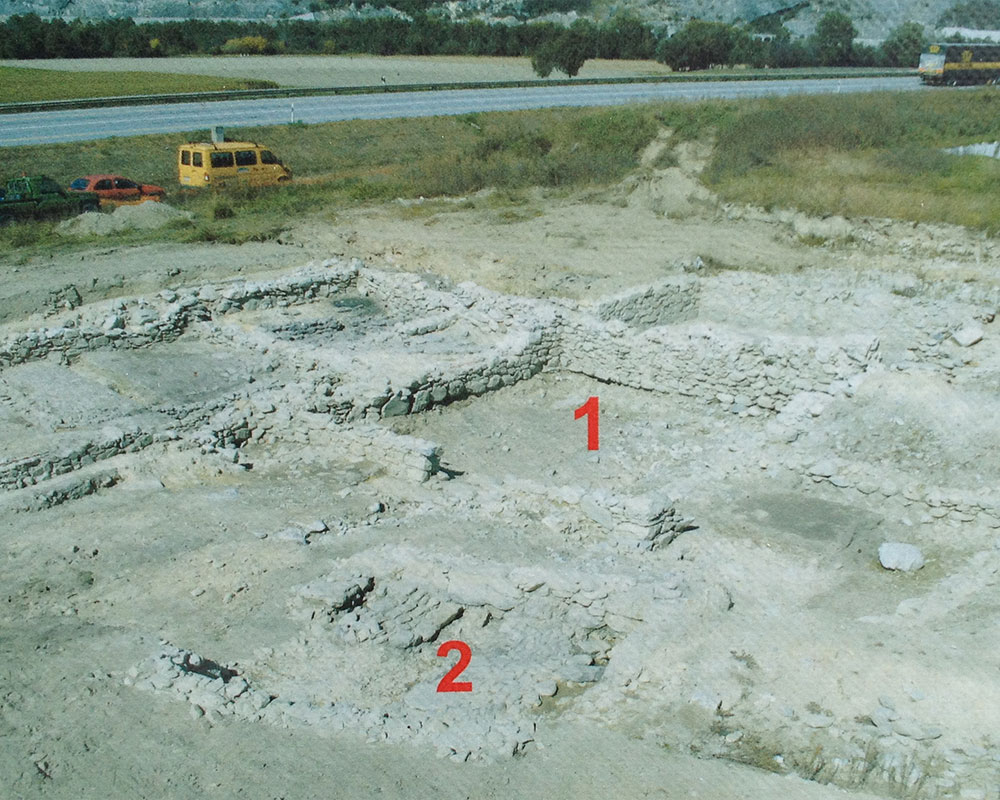 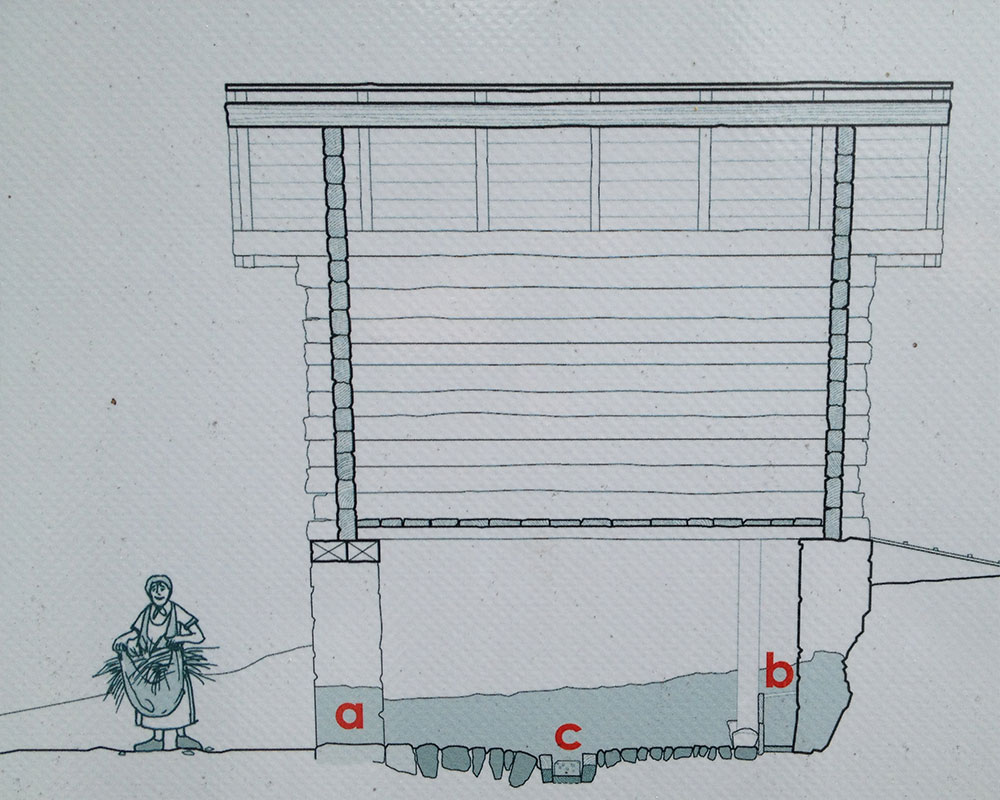 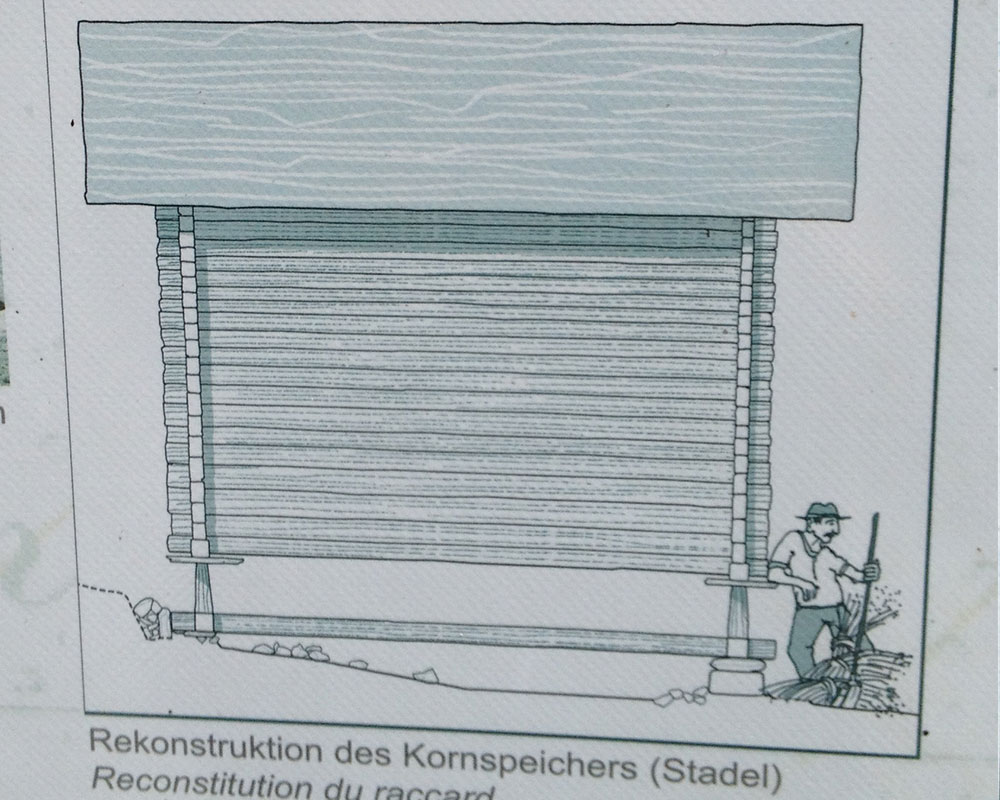